It was created in 1994, its seat is in Luxembourg, and its Member States are Iceland, Liechtenstein and Norway. It is composed of 3 judges, one per Member State.

Its main task is to ensure the observance of the correct interpretation and application of the Law of the European Economic Area (EEA), taking into account that the EEA Law which has been adopted in the EFTA States is directly applicable in those States, and that it prevails over national law.

A reference for an advisory opinion gives the citizens the possibility of access to the EFTA Court through questions put by national courts in the context of a case pending before a national court. And, also, a natural or legal person addressee of a decision of directly concerned by a decision may bring an action directly before the EFTA Court.

Unlike advisory opinions, judgments in direct actions are binding.

Although English is the language mainly used in the proceedings, in the request for advisory opinions is possible to use the language of the national court. 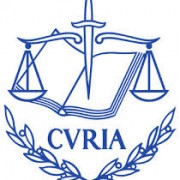 Court of Justice of the European Union (CJEU)
0 replies