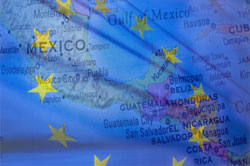 “The European Union and Central America Association Agreement constitutes an important boost for the international trade among the countries members, both in the medium and long term, which is advisable to consider when a decision concerning the internationalization of our business has to be made”

The European Union (EU) and the Central America countries concluded an Association Agreement, signed in Tegucigalpa (Honduras) on 29th of June 2012. This Agreement relies on political dialogue, cooperation and trade in the same level of complementarity and importance.

The trade pillar of this Association Agreement has been provisionally applied since 1st August 2013 with Honduras, Nicaragua and Panama; since 1st October 2013 with Costa Rica and El Salvador, and since 1st December 2013 with Guatemala.

Although historically the bulk of most Central America countries trade have been with the USA and Latin America, recently the region has increased its trade with Europe and Asia in such a way that:

BENEFITS OF THE AGREEMENT

1. Elimination of most import tariffs.

At the end of the tariff phase-out period, the Agreement will eliminate tariffs for manufactured goods and fisheries with complete liberalization, in such a way that, once the trade pillar of the Agreement is in force, EU exporters will save €87 million annually in customs duties.

In relation to agricultural products, although most of those tariffs will be eliminated, certain “sensitive areas” for local markets are being respected.

In the same way, tariffs on dairy products will be entirely eliminated, with the exception of milk-powder and cheese, for which the EU has obtained duty-free quotas that cover the currently traded quantities and which will be increased on an annual basis.

But tariff elimination is only of real benefit if technical or procedural obstacles to trade are also being tackled, so the Agreement will ensure more transparency and better cooperation in the areas of “standards” and market surveillance, simplifying the requirements for marking and permanent labelling. For that purpose, the parties will promote the development of harmonized regulations and standards within each region with a view to facilitate the free movement of goods, and so, the operations for traders and business both within and outside the region.

As regards sanitary and phytosanitary (SPS) barriers, the Agreement also includes useful trade facilitation tools such as the listing of establishments, exports can come from, and the transparency of SPS import requirements and procedures.

“The Association Agreement establishes a gradual implementation of a free trade zone between the European Union and Central America countries, and the constitution of a Central America Common Market, that will simplify and provide legal certainty to the international transactions amongst the Estate members operators.”

The Agreement includes benefits for both Parties in the fields of telecommunication, environmental affairs, financial and maritime services, and it also liberalizes current payments and capital movements between the Parties.

The opening of Central America´s public procurement market varies in terms of levels of liberalization, with Costa Rica and Panama opening their markets more significantly than the other countries covered by the Agreement.

The Agreement includes a chapter on the effective protection of intellectual, industrial and commercial property rights: EU rights holders will profit from improved procedures to defend their rights more effectively in case of infringements.

Besides, the Central America countries have incorporated to their legislation regional specialities, so-called “Geographical Indications” (GI) in a manner similar to the EU. Additionally, over 200 geographical indications are also specifically protected on the Central American markets to the benefit of producers of GI products in the EU.

In order to guarantee a fair and reliable competition environment for European companies, the Agreement calls upon national governments to ban all types of anticompetitive practices including restrictive agreements, cartels and abuse of dominance.

For increasing transparency particularly on subsidies, the Parties will regularly report on the subsidies given to companies that trade in goods and render services.

4. A more predictable environment for trade with a mediation mechanism for non-tariff barriers and a bilateral dispute settlement mechanism: a transparent way to settle trade disputes.

The Agreement includes a mediation mechanism for non-tariff barriers, and an efficient and streamlined dispute settlement system in accordance with the principles of transparency (open hearings and amicus curiae briefs) and sequencing (no right to impose retaliation until such time as non-compliance is verified).

In practical terms this means the creation of a customs union and economic integration in Central America, setting up a single import duty for the whole region and using a single administrative document for customs declarations.

6. Support for sustainable development, including the consultation of civil society stakeholders.

Thanks to this Agreement, Central American countries will benefit from liberalised access to the European markets in numerous sectors, mainly in industrial goods and fisheries. Thus, it is expected to contribute to large sectorial gains in the fruits, vegetables, and nuts (FVN) sector, especially for Panama and Costa Rica. Guatemala and Nicaragua are expected to become more competitive in the textiles and clothing sector, and El Salvador and Honduras will increase their exports of transport equipment.

One of the guiding principles of the Agreement, which is embedded in all its sections, is the commitment of both Parties to the promotion of sustainable development, and which finds a specific expression in the trade part through a chapter addressing the interrelation between trade and social and environmental policies, encouraging and promoting trade and marketing schemes based on sustainability criteria.

An important element in the overall structure of the Association Agreement is the role of civil society in the follow-up, and consultation of civil society stakeholders is foreseen in the trade area.

On the other hand, the Agreement enhances the cooperation in the production of organic products, which can be seen as another opportunity for the companies located in the signatory States Members.

Idoia Campoy – International Business Lawyer provides with the professional and specialized advice you need for doing business in Central America and European Union countries,  assisting you during all the process in the country of destination of your international transactions, in case it is required.

Text of the Association Agreement: http://trade.ec.europa.eu/doclib/press/index.cfm?id=689

More details on the benefits of the Association Agreement: http://trade.ec.europa.eu/doclib/press/index.cfm?id=687

This website uses cookies to improve your experience while you navigate through the website. Out of these, the cookies that are categorized as necessary are stored on your browser as they are essential for the working of basic functionalities of the website. We also use third-party cookies that help us analyze and understand how you use this website. These cookies will be stored in your browser only with your consent. You also have the option to opt-out of these cookies. But opting out of some of these cookies may affect your browsing experience.
Necessary Always Enabled

Any cookies that may not be particularly necessary for the website to function and is used specifically to collect user personal data via analytics, ads, other embedded contents are termed as non-necessary cookies. It is mandatory to procure user consent prior to running these cookies on your website.