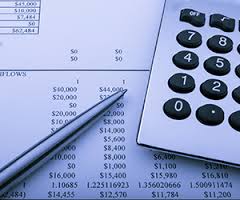 Yes, I know that trading in the international markets is ok, but what should I do in case my customers do not pay for the goods supplied or the services rendered?  Which means do I have to claim the payment in a foreign country where I do not know what law to apply?

Although it is common knowledge that the ideal thing in order to avoid surprises is making a previous research of the background and references of the company with which we are going to start doing business, assuring the means of payment and including all the details of the business transaction in a written contract, containing at least

in most occasions we have to face the harsh reality of negotiating conditions which are not always the most favorable for assuring and giving effect to our international operations, finally finding out that our customer has not been done the payment and we do not know neither how nor who to lodge against in order to enforce for its compliance.

Indeed, depending on the country we are exporting our products to or we have rendered the service, we would find with a legal regulation and a language that we are not always control, so the desirable would be counting from the starting point with good legal advice that allows us feeling calm and sure while we are doing international business, independently the country of destination of our goods or services.

From this Idoia Campoy – International Business Lawyer´s blog, we are trying to summarize the existing proceedings, apart from the others settled by the national laws in each country, in order to claim for the payment when our debtors are located in a country different from ours. For that purpose, we have to start distinguishing two geographical areas:

I. Debt claims in the European Union scope.

Although between companies the main criteria in order to know who are the competent legal authority to judge these matters is the one where the debtor is located, there are several exceptions to that general rule that is necessary be known, depending on which is the exported good and depending on other requirements, and that will be addressed in other posts.

It is available to claim for the payment of civil and commercial debts under a maximum value of €2000.

The procedure is established in the Regulation (EC) No. 861/2007 of the European Parliament and of the Council of 11 July 2007, which applies, since 1st January 2009, in all the Member States of the EU except Denmark s, and which settles period limitations both to the parties and to the Court, in order to speed up the process.

To start the procedure is enough with filling in a standard form drawing up for this special proceeding. Any relevant supporting documents, such as receipts, invoices, etc. should be attached to the form, previously it is sent to the court that has the jurisdiction. The defendant has 30 days to reply, from the day the court has served him a copy of the form. Within 30 days of receiving the defendant´s answer (if any) the court must either give a judgment, request further details in writing from either party, or summon the parties to an oral hearing, where it is not necessary to be represented by a lawyer.

“There is a special summary process inside the European Union to claim for the payment of civil and commercial debts under a maximum value of €2000, with short maximum periods for the resolution.”

Unlike the procedure for the European Order for Payment, which is limited to pecuniary claims, the subject of a claim under the ESCP can be-monetary and non-monetary claims (seeking to secure the performance of a contractual obligation, for example) non exceeding €2000 on the principal claim itself, excluding all interest and other expenses and disbursements which might be added to the claim.

“Under the European Small Claims Procedure is possible to  claim for monetary and non – monetary debts”.

B) The European Order of Payment Procedure (EOP)

It is a similar ESCP simplified procedure for cross – border monetary claims, but with no limitations in the value of the debt, that can be action to recover uncontested civil and commercial claims according to a uniform procedure that operates on the basis of standard forms.

“The European Order of Payment Procedure allows to claim commercial and civil cross-border monetary debts without any limitations in their value.”

It is created by the Council Regulation (EC) 1896/2006, of 12 December 2006, and it is applied between all Member States of the European Union with the exception of Denmark.

The EOP dos not provide for a court hearing: the procedure is purely written, except if the EOP is contested or opposed. In that case, there may be a court hearing in accordance with the national procedures, ending, in that case, with the summary character of the initial EOP.

“Its summary character ends in case the defendant contests or opposes to the EOP.”

There are several Treaties, Regulations and other international rules which it is essential know in order to determine how to proceed to claim pecuniary debts arisen as a consequence of international trade operations and international investments, depending on the country of the debtor.

Even though most of the nations provide with a summary process similar to the ESCP and EOP, it is important to face this proceedings counting with a professional advice, in order to assure the payment before other expenses emerge.

Idoia Campoy – International Business Lawyer provide you the professional and specialized advice you need for recovering the total debt amount at the lowest cost, assisting you during all the process in the country of destination of your international transactions, in case is necessary.