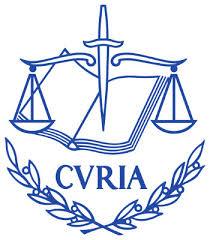 1952 is the year when the Court of Justice of the European Union has its origin, when the ECSC Court (European Coal and Steel Community) was established. Its seat is located in Luxembourg and its main task is focused on ensuring the observance of the European Law, in its interpretation and application, in all the Member States.

It is composed of:

Any natural or legal person may bring an action before the General Court against an act or a regulatory act which is addressed to him/her or which concerns with him/her directly, complying with the legal requirements.